Chef Keith Taylor, a U.S. Army veteran and celebrated BBQ chef, is set to open his fourth Zachary’s BBQ & Soul outpost — this one located within the Downtown Allentown Market at 27 N. 7th Street. Taylor expects the newest location to open at the beginning of November within the market’s 12,000 square foot space. 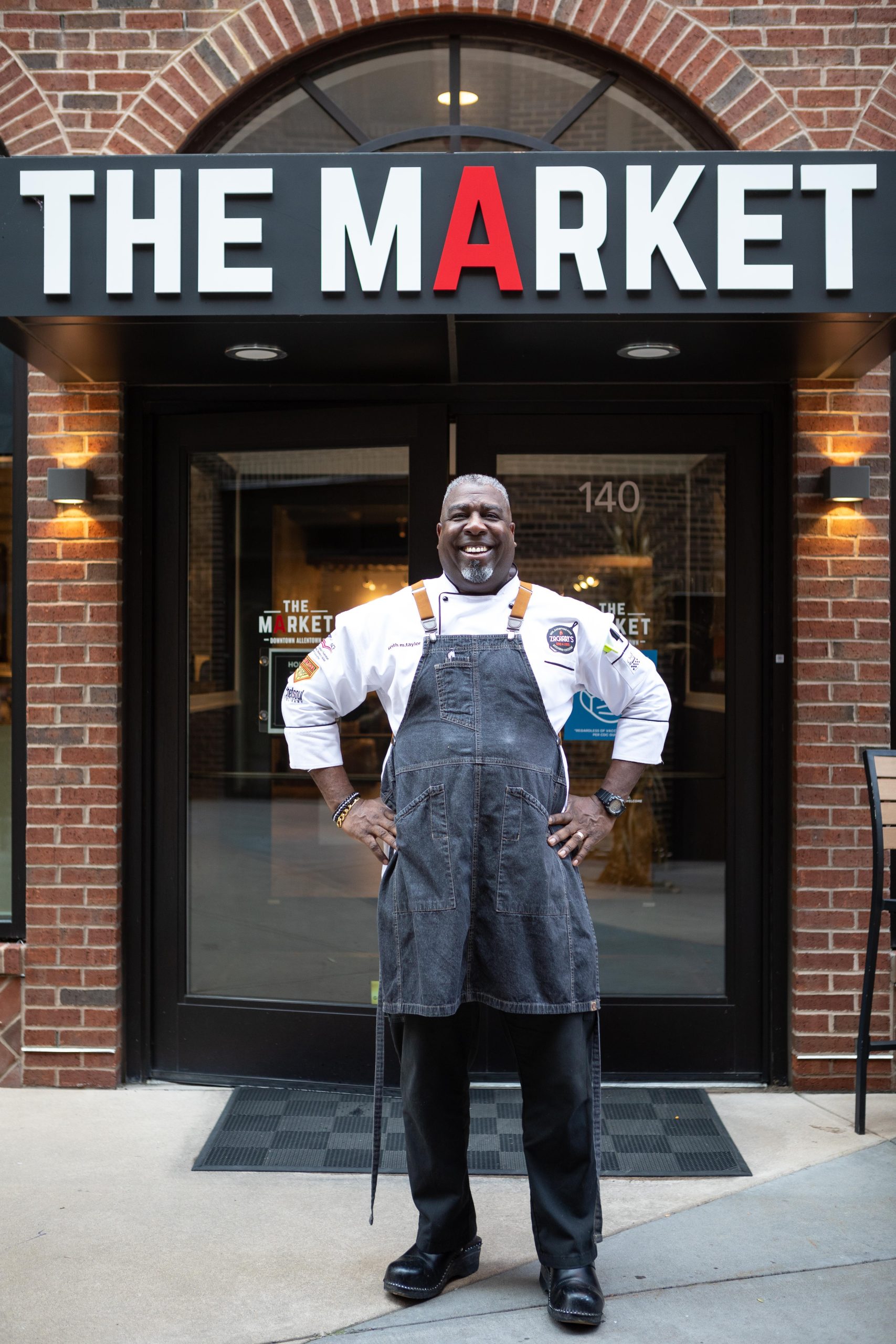 Taylor, who had a really busy spring, launched an interactive culinary studio, The Soul of Cooking, while also planning the opening of his third Zachary’s BBQ & Soul in Norristown, PA, which is on track to debut in early 2021. Taylor said “the new space will feature a liquor license — something none of his other spaces currently possess — as the Downtown Allentown Market operation features an expansive bar and a state-of-the-art tap system, which the chef and his team will use for locally-produced craft beers, wine and cocktails.

“I’m extremely excited for this location for two reasons,” said Taylor. “The Downtown Allentown Market is on the rise, which is very exciting, but the part I really love is that the developer, City Center Investment Corp., has a ‘live, play, work’ mentality with thousands of residential apartments attached to the project,” said Taylor, who hails from Nutley, New Jersey. “City Center also has more apartments coming available closer to the PPL Center nearby, so we will be a big part of the (AHL) Phantoms season, with new customers coming over in droves. There’s also Disney on Ice, professional wrestling, concerts, and so much more happening there that should benefit our business. Between that and the addition of a bar where people can pair our cuisine with craft beer, wine or cocktails should be a huge boost for business.”

The new Zachary’s BBQ & Soul will focus on BBQ, fried chicken and other comfort foods, while also featuring a “pit to plate” menu specializing in ribs and other smoked meats including brisket, pulled pork, and short ribs, along with oversized sandwiches, platters, and a variety of sides from collard greens to mac ‘n’ cheese. For dessert, Taylor will serve up his grilled house-made Dad’s Hat Rye Maple Syrup Sticky Buns. The Downtown Allentown Market is open Monday and Tuesday from 7:30 a.m. to 3 p.m., Wednesday from 7:30 a.m. to 8 p.m., Thursday and Friday from 7:30 a.m. to 9 p.m., and Saturday from 9 a.m. to 9 p.m.

“My team and I are looking very forward to sharing the gift of soul in Allentown,” Taylor said.
Learn more about Chef Keith Taylor and his Zachary’s BBQ & Soul by visiting www.soulofcooking.com or www.chefsoulculinary.com.